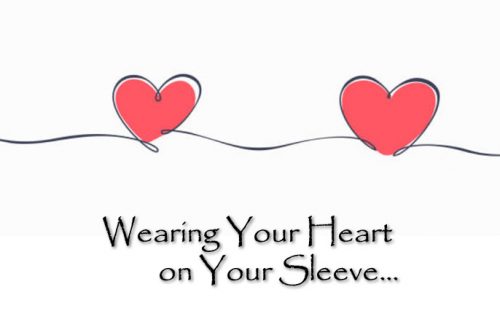 Mixing the new and the nostalgic, here is a sampling of my Valentine’s playlist this year:

“Your Love Is King” by Sade
The lyric “Your love is king, crown you with my heart” has always struck me as a pretty dazzling way to profess your love for someone, especially when it’s that heavenly voice singing it. The Ultimate Collection available on CD or for download/stream on Freegal.

“When Love’s Around” by ZAYN (feat. Syd)
A dreamy mid-tempo duet from the new album Nobody Is Listening. Listen on CD or download/stream on Freegal.

“Sweet Thing” by Rufus (ft. Chaka Khan)
A sentimental favorite, this song is so, well, sweet. The riffs—both on guitar and from Chaka Khan’s vocals—are just cosmic. The original needs no improvement, but still treat yourself to the magical experience of Prince and Chaka Khan performing “Sweet Thing” live.

“Slow Dancing in the Dark” by Joji
This song is a mood and I’m always in the mood for it. From the first line “I don’t want a friend, I want my life in two”, you know you are about to experience beautiful agony.

“You’re Still the One” by Shania Twain
After all this time, this song is still the number one country pop song I love.

When it comes to kids and families, there's no shortage of songs celebrating love. In 2016 Mighty Mo Productions compiled a bunch of the best of these onto the album Heart Beats: Feel Good Songs for Families. I've commented on this album before and (listening to it again) continue to feel that it's a solid collection of lovely music (pun intended)!

Looking for additional good music? Check out More from the artists featured on Heart Beats: Feel Good Songs for Families.

West Side Story - this 1961 stylized retelling of Romeo and Juliet, reset in then contemporary New York, is full of emotion and romance. Leave your disbelief at the opening credits and surrender to the perfect balance of dance with choreography by Jerome Robbins, music by Leonard Bernstein and lyrics by Stephen Sondheim. The cast is excellent in picturing the doomed young lovers from rival street gangs warring over turf. Adapted from the original Broadway play, this movie brings a sense of theater into your home but is also very cinematic. Do yourself a favor and check out the 50th anniversary BluRay - the clarity of image and fullness of sound are remarkable, plus there are lots of extras.

Here are some visions of love and romance, real and imagined. Viewing these films, you will shed a tear (or more), laugh (a lot), and view Venice through the eyes of an American spinster, played wonderfully by Katherine Hepburn.

My Love, Don’t Cross the River : An Elderly Couple Share Their Final Moments
This documentary was a blockbuster hit in its native Korea. An unforgettable love story of true love, that tells the story of 100-year old lovebirds. A couple, inseparable for over 76 years are observed for 15 months as they face the reality of their lives together coming to an end.

Kosher Love : Jewish Perspective on the Search for Love
What happens when a rabbinical matchmaker, a Hasidic couple and a single person explore the precise meaning of humanity’s most powerful word? Using downright silliness Kosher Love reveals that we’re all the same in our search for love.

Summertime
An American spinster (portrayed by Katherine Hepburn) is on vacation in Venice, where she meets a very handsome man that makes her feel alive and hopeful, until she finds out he’s married. A marvelous performance by Ms. Hepburn, superb direction by David Lean, and presented in the glorious Technicolor cinematography of Jack Hildyard. Hepburn was nominated for both a BAFTA and an Academy Award for her tender performance.

Both the documentaries and film can be found on Kanopy

I don't think there is anything more romantic than killing the gangsters who murdered you and your fiancée after being resurrected by a crow.

Eric Draven and Shelly Webster are big time in love and set to wed, but the night before their wedding some bad dudes break into their apartment and beat and kill them.

One year later a pretty bird lands on Eric's tombstone and he is resurrected. Eric goes to his old apartment, which is now dilapidated, and has flashbacks of the gangsters murdering him and his wife. He also realizes he can now quickly heal from any wounds and begins his quest to avenge their deaths. Eric can't stop, won't stop until he kills the whole gang and is reunited with Shelly.

I loved the love in these films:

EMMA
As much as I love Jane Austen films, Emma was never one of my favorites….until I saw the latest version with Anya Taylor-Joy last year. I loved Bill Nighy's portrayal of Emma’s father, I thought the director had a beautiful vision and execution in the making of the film, and the scene where Johnny Flynn as Knightly says “yes” to Emma was breathtaking. This Emma is worth watching and was my favorite film of 2020.

BIG SICK
I rewatched this film during the pandemic blues last year and appreciated the reminder of what a good movie it was. It is based on the real life story of when comedian Kumail Nanjiani met Emily Gardener. This romantic comedy is not a typical story, but shows the ups and downs of a journey to love with just the right blend of comedy, cultural challenges, romance, and reality.

THE MOUNTAIN BETWEEN US
This is more of a survival story than anything else, but somehow love weaves its way in. The reason to watch this one – Idris Elba, hello.

Love Between the Covers explores the romance novel industry, interviewing authors and others who work in the industry. The interviewees talk about why they read and write romances (often, bad marriages lead to good writing careers), and also includes an interesting glimpse inside industry conventions. On Kanopy.

If you're not in the mood for conventional Valentine's music, and instead want something twisted, you might enjoy Trapped in the Closet, R Kelly's 2005 hip hopera that tells the tale of various affairs that get exposed over the course of a day. On Freegal.

If you're looking for true romance, these documentaries showcase two very different, loving relationships which lasted for many years. They are available on DVD and Blu-ray and streaming on Kanopy

My Love, Don't Cross That River is a South Korean film that explores the last days in an intimate portrait of a married couple who have been inseparable for 76 years. The playfulness and affection of these lovebirds, even after all these years as they go about their daily lives is joyous to watch, but the end will have you in tears as the husband falls ill and they know separation is near.

Chris & Don: a love story tells the touching story of the relationship between writer Christopher Isherwood (author of the Berlin Stories which were the basis for the musical Cabaret) and artist Don Bachardy who was 30 years younger. When they met, 18-year-old Don was in the shadow of the 48-year-old famous writer but came into his own as the years passed. Against all odds, this extraordinary, openly gay couple in Hollywood created a bond that lasted for 30 years, until the passing of Christopher Isherwood.

He Loves Me, He Loves Me Not : Is she crazy in love, or just crazy? Audrey Tautou stars in this clever French dark comedy. Half-way through there's a twist and the movie takes an unexpected turn. Highly entertaining and a bit Hitchcockian.

Harold and Maude is another romance that is streaming on Kanopy. He's 20, she's 80 and they both have a hobby of attending funerals. This cult classic brought the fabulous Ruth Gordon out of obscurity. Totally unique.

Sometimes love doesn't work out, like in this song from Happy End, by Kurt Weill:
Surabaya Johnny. Two more by Kurt Weill, the plaintive Speak Low, here sung by Weill himself, and my favorite, My Ship. Available on the albums September Songs and Kurt Weill Songs Vol. II.

Kathy Mattea's achingly moving "Where've You Been", available as part of the excellent soundtrack for Ken Burns' Country Music available on CD and streaming on Freegal, is a beautiful tribute to how love can endure through the tribulations of a long relationship. It was co-written by Mattea's husband, songwriter Jon Vezner, who based it on his own parents' relationship.

Some great songs have been written about being on the other side of love. A long time favorite of mine, is Dido's "Don't Think of Me," from her dreamy No Angel album available on CD, to stream, or download on Freegal.

Sixties and Seventies group, The 5th Dimension tackled both the devastating impact of love in "One Less Bell to Answer" and the lighter side in, "Wedding Bell Blues." Available on CD, to stream or download as part of their singles collection on Freegal

Also, on the lighter side is Susan Egan's "I Won't Say I'm in Love," from the soundtrack of Disney's Hercules which belongs very much in the tradition of the I'm in love but I won't admit song of so many musicals, starting with "People Will Say We're in Love" from Oklahoma.

I'm a sucker for a good love story. I've seen a fair amount of romantic films but there's two that stand out for me as being the very best.

The first is Ang Lee's 1995 adaptation of Jane Austen's Sense and Sensibility. It is, undoubtedly, to me, the most well-crafted and well-acted romantic film I've ever seen. It stars Emma Thompson, Kate Winslet, Alan Rickman, and Hugh Grant and was nominated for seven Academy Awards, including Best Picture, and it took home only one for Best Writing (Adapted Screenplay). It's an ideal period piece that will satisfy even those who haven't read the book. I can't say enough good things about it.

Another of my favorite romantic films is director Michel Gondry's Eternal Sunshine of the Spotless Mind. I originally saw this one in 2004 and it floored me. This is an intense and emotional film that seeks to answer the age old question of "is it better to have loved and lost than never to have loved at all?" It stars Jim Carrey (in a serious role) and Kate Winslet (I'm sensing a pattern here) as a couple who finds themselves traversing space and time in an effort to retain the love they share. I have to admit I cried like a baby the first time I saw it. Eternal Sunshine of the Spotless Mind was also nominated for two Academy Awards, winning one for Best Original Screenplay.

Which of the following is NOT a duet performed by Marvin Gaye & Tammi Terrell?