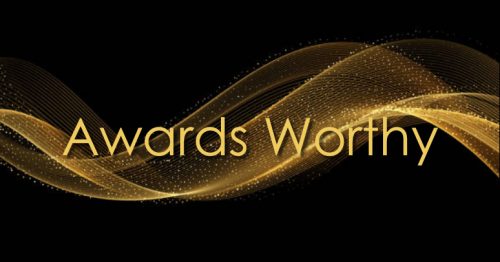 Webster's Dictionary defines snub as "an act of showing disdain or a lack of cordiality by rebuffing or ignoring someone or something." Adam Sandler was totally snubbed in Uncut Gems! The Academy sure showed disdain towards Sandler's performance in Uncut Gems, he wasn't even nominated for Best Actor. And who won Best Actor this past February? A straight up clown!

A Grammy Award that doesn't usually get much notice has been in the news lately, as three of the Children's Music Album nominees have asked the Recording Academy to rescind their nominations, protesting a lack of diversity in their category. As reported by Pitchfork in December, the nominations for this year are predominantly white and male in a category that strives to inspire and empower children and their adults. This act of protest is meant to encourage future nominations that more accurately represent the breadth of our society, which led me to look back at the nominees of previous years with an eye on representation.

There have definitely been more women and BIPOC artists and/or groups in the past ten years, including one group that has been announced twice, without a win. Oakland locals, the Alphabet Rockers were nominated in 2017 for Rise Shine #Woke and in 2019 for The Love. Both are certainly Award Worthy albums and both speak directly to the issues brought up by Alastair Moock and Friends, The Okee Dokee Brothers, and Dog on Fleas when they asked to be removed from consideration this year. For anyone striving to be anti-racist, these two albums are (highly) recommended listening.

Bill Forsyth
One of my favorite authors. I have picked three movies that tell different stories, but are presented with the same heart and the same great eye for characters. While Mr. Forsyth has won a BAFTA in best direction for Local Hero and won an award for screenplay for Breaking In at the Tokyo International Film Festival, he has never been nominated for an Oscar. Astounding!

Local Hero – This film is about an American oil company representative who is sent to the fictional village of Ferness on the west coast of Scotland to purchase the town and surrounding property for his company. Burt Lancaster is a joy to watch.

Take a peek of a great scene…Local Hero – Won a BAFTA for direction…No Oscars for Best Picture?

Housekeeping - Based on the 1980 novel Housekeeping by Marilynne Robinson, the film is about two young sisters growing up in Idaho during the 1950s. After being abandoned by their mother and raised by elderly relatives, the sisters are looked after by their eccentric aunt whose unconventional and unpredictable ways affect their lives.

Breaking In - An American crime comedy film directed by Bill Forsyth, written by John Sayles, and starring Burt Reynolds, Casey Siemaszko and Lorraine Toussaint. The film is about how professional small-time criminals live and practice their trades. This is a bit different from Mr. Forsyth’s usual films, but funny and tenderhearted. Burt Reynolds stands out in his performance of a regular thief, sharing his knowledge with a young man just starting out a life of crime.

Here’s a trailer for Breaking In

When this favorite animated short film was nominated for an Academy Award I was excited and rooting for it hard. THE FANTASTIC FLYING BOOKS OF MORRIS LESSMORE is truly a gem! Interestingly enough, although films are frequently based on a book, this film actually inspired the book which came out after the film. Both are the brilliant creations of author/illustrator William Joyce.

When another film I have loved was nominated for the lesser noticed Academy Award category of Best Documentary, I was so happy to see it get that recognition. FACES PLACES (available streaming on Kanopy) was a most interesting journey of creativity and friendship by an unlikely pair in France. Although it may not have won the Oscar, it did win several other awards, and certainly won in my heart too!

The Fantastic Flying Books of Morris Lessmore on YouTube.

Winners:
Parasite (Best picture, Oscars 2019) was rightly groundbreaking in the awards it won. The storytelling in this movie is so intense that a year later I still don’t think I want to rewatch it…but I loved watching it the first time. Watching a bad situation get worse has never been this captivating.

Back in 2017 my friend and I had plans to go to see a movie together, but had no particular movie in mind. (That happened a lot when I used to go to the movies, and always turned out well.) Three Billboards Outside Ebbing, Missouri (Best drama film, Golden Globes 2017) seemed the most interesting out of all that was playing at the theater by my house at the time. It was well worth going to see, and its awards are well deserved.

I watched The Shape of Water (Best picture, Oscars 2017) as a joke after hearing about what it was about. “Does she really have sex with the fish guy?” Spoiler alert: she does. This movie is on my list because of how much I enjoyed it despite the silly summary the internet offered. The cinematography is a visual treat and the story is actually convincing.

Old Town Road (streaming or download on Freegal) (Best group performance, Grammys 2020) – This song is fun. So is the video.

The Omni-American Book Club (Best large jazz ensemble album, Grammys 2020) is a wonderul album and well worth listening to all the way through.

Snubs:
I enjoyed Knives Out (Nominated best musical or comedy, Golden Globes 2019) more than I thought I would. The plot is intricate and doesn’t reveal all of its secrets until the last moment. The final shot is satisfying. This movie deserved more recognition!

I have a bit of a beef with the annual Grammy Best World Music Album category. (It has been renamed Best Global Music Album for the upcoming awards ceremony.)

The category is just too broad. How do you fit the entirety of the world’s music into one category? As broad as the category is, the same artists have been nominated repeatedly over the years.

This award has been part of the Grammys since 1992. Angelique Kidjo has won 3 times. Hey, I love what she does, but best in the world 3 times?

Ladysmith Black Mambazo have been nominated a number of times and have won twice. Artists like Miriam Makeba, Youssou N’Dour, Salif Keita, Femi KutiKuti, Anoushka Shankar and Cesaria Evora have all been nominated but never won. Almost no Asian music, other than music from India, has ever been nominated.

I am glad the award exists but certainly don’t think it is a true indication of the best World Music has to offer.

The Latin Grammys started its first awards show in the year 2000. Honoring many categories of music by Spanish and Portuguese speakers, it does start to bridge the gap indicated by the Best World Music Album Award but it still falls short.

One of my favorite sources to learn about new World Music is the British magazine Songlines. They have an annual World Music award ceremony that includes far more artists and types of music than the Grammys does. Your library system has Songlines copies available to check out.

My favorite film composer, Thomas Newman has been nominated 15 times for the Academy Award and has never won. His score for Lemony Snicket's A Series of Unfortunate Events (the movie, not the Netflix series) is so wonderful, and the animated opening and ending credits are paired beautifully with the music, in what is probably one of the best title sequences ever made. It's available on Freegal and cd. Other excellent scores include Wall-E, American Beauty and last year's 1917.

One of the most infamous snubs by the Academy is Spike Lee's Do the Right Thing being passed over for best picture and best director, without even a nomination in those categories. Driving Miss Daisy won that year. Although he was nominated for best screenplay, he didn't win that award. Then, Blackkklansman lost to Green Book. What a travesty! As Spike Lee famously said, "Every time somebody is driving somebody else, I lose." At least he won for best adapted screenplay, and also received an honorary Oscar in 2015. His film "Da Five Bloods" is nominated for best picture this year, so perhaps he will finally get his due.

Another loss I felt bad about is Glenn Close losing the best supporting actress award for her role in The Wife. Why was the nomination for supporting actress and not best actress anyway? Her role was the wife! Not only should she have won for that, but she has never won an Oscar, in spite of so many excellent performances, including Albert Nobbs, one of her best. It's available on Kanopy as well as dvd.

One of my favorite films, Booksmart, was completely sidelined at last year's Academy Awards. It's so funny and original, with great performances by Kaitlyn Dever and Beanie Feldstein. It's also a great directorial debut by Olivia Wilde.

Finally, nominated for no major awards is the wonderful film Last Black Man in San Francisco directed by Joe Talbot. It's available to stream on Kanopy.

I consider John Goodman one of the great character actors of our time, also he is one of the most snubbed actors by major awards!!

However, his award record in films is even worse. He hasn't been even nominated for a single Oscar despite turning in stellar performances in acclaimed films like True Stories, Barton Fink, O Brother Where Art Thou, Argo, Matinee and The Big Lebowski. His work elevated (and was a source of suspense in) 10 Cloverfield Lane.

In music, one of the most popular and acclaimed artists, Harry Styles saw his first solo album, Harry Styles completely ignored by the Grammy Awards and his stellar second album, Fine Line received only two nominations and was shut out of the major Album and Record of the Year nominations.

In 1962, this composer was the first person to achieve the EGOT (winning the Emmy, Grammy, Oscar and Tony)