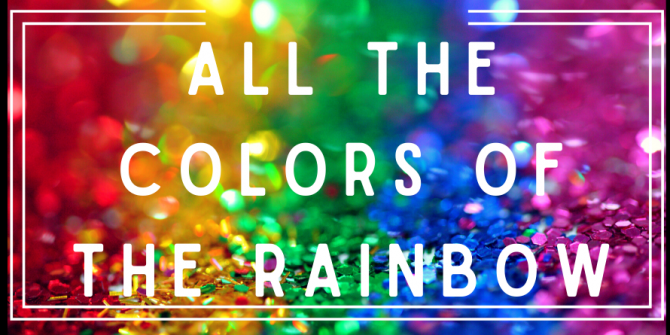 Contemporary opera has never shied away from gay themes.

Brokeback Mountain isn't just a book and and an award-winning movie by Ang Lee. It's also an opera, by Charles Wuorinen, with a libretto by the book's author, Annie Proulx. You can see the world premiere at the Teatro Real de Madrid, streaming on Medici.tv, or place the dvd or bluray on hold. It's a story of a ranch hand and rodeo cowboy who fall in love, but must keep their love hidden from their families, friends and wives for twenty years.

27, a new opera by Ricky Ian Gordon, explores the relationship of Gertrude Stein and Alice B. Toklas, and the salons they held at their home on 27 rue de Fleurus in Paris. Critics called the work "serious fun, with hummable tunes", "a flawless commissioned portrait of Gertrude Stein", and "a great American story." The cast of only 5 singers all received unanimous praise. The cd is available to put on hold.

Finally, there is Lessons in Love and Violence, the latest opera by George Benjamin, a 2019 Grammy nominee for best opera recording. This political thriller is based on Christopher Marlowe's play, Edward II. The king’s wife, Isabel, is having an affair with Mortimer, a key military commander, while the king has a male lover, Gaveston. Isabel and Mortimer conspire to murder Gaveston and to overthrow the king. Observing the actions of the older generation, the teenage children of the ruling couple learn about both love as a commodity and the usefulness of violence, with terrifying consequences. This opera is streaming on Medici.tv. You can also watch the movie, Edward II, by Derek Jarmon on dvd.

A movie not to be missed is A Fantastic Woman, Oscar winner of Best Foreign Language Film for 2018. This groundbreaking movie from Chile is about a transgendered woman dealing with grief and bigotry after the death of her partner. But she shows herself to be strong and fantastic. In Spanish with English subtitles.

This week I found Gaysians to be an interesting short film which is being shown on Kanopy.

I'd also like to direct you to Alexander Street Music once again, as they have a great collection of music by pioneering black jazz musicians. You can explore works by

Thelonious Monk, and many others.

Rainbows can signify gay pride or a celebration of diversity of all sorts.

Tongues Untied is a documentary/art film that explores the intersection of identities that black gay men inhabit. The award winning innovative film, which has been included as part of the Black Film Canon, is available on Kanopy.

The Oscar winning Common Threads: Stories from the Quilt explores the stories of the people who contributed to the AIDS quilt. The filmmakers, Rob Epstein and Jeffrey Friedman also chase actual rainbows as they explore the middle of the United States in Where are We?, a 1993 documentary that takes a snapshot of the way different communities view each other.

I am always amazed with the quality and quantity of content offered on Kanopy where I encourage you to watch these great documentaries.

Learn about Divine's life and accomplishments in I Am Divine. I know Divine from John Waters' films, but never knew he performed around the world in theater and as a singer.

In Daddy and the Muscle Academy: The Art and Life of Tom of Finland, I learned about Tom of Finland's art and how it influenced gay identity at a time when images of masculine gay men were not prevalent.

The wonderful movie Whale Rider features a young girl, played by Academy Award nominee Keisha Castle-Hughes, challenging Maori cultural and gender norms as she strives to fulfil her destiny to become tribal chief of the Whangara people. The problem is, chiefs have always been male. This beautifully filmed and acted film, which has received many awards, takes you inside the fascinating and vibrant Maori culture of New Zealand.

The documentary Gen Silent on Kanopy examines the choices many LGBT seniors have to make including: going back into the closet in order to receive compassionate health care. The film looks at the struggles overcome by the Stonewall generation and the need to stay connected with the LGBTQ community.

It's been awhile since I've been able to present a library storytime in person and I really miss getting to share great, dance-able songs with the kids and adults in the room! Some of my favorites, that show up often in my set-list, are from a rainbow collection of albums created by Mr. Eric (Litwin) and Mr. Michael (Levine):

All of these CDs are now available for holds, so you can request any or all of them for curbside pickup and bring a little bit of your local storytime experience back home with you.

And if you're looking for just one album of great songs for kids, Sing by The Rainbow Collections features truly enjoyable renditions of songs we all know and love. I found Sing a Rainbow, Somewhere (There's A Place for Us), and What a Wonderful
World to be particularly delightful.

No discussion of the colors of the rainbow would be complete without honoring The Purple One. Prince was a unique musical force who smashed stereotypes and opened doors. Take a watch and a listen to his live performance of "Purple Rain" (that guitar!) from 1999 and his video for the hit song "Little Red Corvette."

When Radiohead released their seventh album, In Rainbows, in 2007, they upended the music industry by offering it at the price of what fans were willing to pay for it. In Rainbows remains a favorite album of Radiohead fans the world over and is considered by some to be the band's magnum opus. In 2008 they recorded it for the British web series "From the Basement." The recording is revered by fans. It was released last week on Radiohead's YouTube channel. Enjoy!

Embrace the opportunities to learn about different cultures, preferences, and experiences! Movies can raise our awareness to the world around us. They can help us appreciate our humanity, how we are different, and more importantly how we are alike. We all yearn for acceptance, for support, for love, for justice, and to be heard. Here are some recent movie picks, both on Kanopy, in the spirit of opening our hearts and minds:

Awkwafina was amazing in this film, it is no wonder that she won the Golden Globe for her performance in it this year.

This film is based on a true story of overcoming a tragic injustice. Brian’s attitude and spirit are a true inspiration.

It’s not easy coming out and can be challenging in your senior years. Here are three documentaries that are inspirational and moving stories about five individuals who made the courageous and life-altering decision to come out as lesbian, gay, or transgender, after the age of 55.

Why did they wait until their 50’s, 60’s, or 70’s to come out? And what as the turning point that caused each of them to openly declare their sexuality? From Canada to Florida to Kansas we learn what lead these dynamic individual to make the liberating choice to live openly and honestly.

The Pearl : Transgender Women Coming Out in Their Senior Years - Kanopy

An intimate and cinematic profile of 4 transgender women that come out for the first time in their senior years. The visceral and observational story captures the indelible moment in time as they begin the long journey towards acceptances.

In Madrid and in Paris, Boti, Empar, Micheline and Jocelyne, four lesbian women in their seventies tell of their fears, their desires and of their life before and after coming out.

Watch Moonlight on Kanopy and listen to Moonlight (Original Motion Picture Soundtrack) on Freegal. Moving music for a moving film.

“1950” by King Princess was inspired by Patricia Highsmith's book The Price of Salt. Stream or download the song on Freegal.

The 2017 film Call Me by Your Name is based on the book of the same title by this author.