Explore the new SCCLD booklist listed below called "Picture Book Biographies for Older Children @ SCCLD Kids" geared for elementary students.  Learn about the adventures and some accidental inventions of famous and not-so-famous people in these beautifully illustrated books.

Some of the common traits for the people in these stories are that they were curious from a early age, they were determined and persistent, they used problem solving skills, and they were true to themselves.  This is an important positive message for children.

These books offer more than description of the person's life.  Here are some examples of additional information that is included in the books. 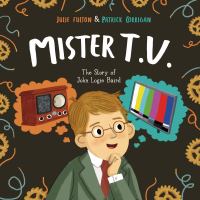 In addition to learning the importance of John Logie Baird to the introduction of television, see a timeline of inventions necessary to make television possible.  You may be surprised to find out that the first moving images were transmitted in 1925!  In 1929, the British Broadcasting Corporation (BBC) began broadcasting 15 minute programs.  John Logie Baird first demonstrated color images over television in 1944. 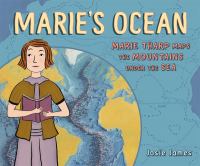 This book includes several easy-to-read pictures to demonstrate how sonar pings from a ship were used to map the depths on the ocean.  Marie Tharp used this information to discover the 40,000 mile long Mid-Ocean Ridge and Rift Valley which supported the theory of continental drift. 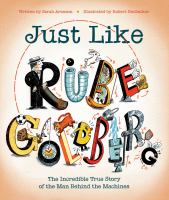 Some of the actual comics of Rube Goldberg are shown on the endpapers.  Illustrator, Robert Neubecker, mirrors Goldberg's style throughout the book.  Follow along the complicated path to see how to accomplish a simple task.  Kids may be inspired to draw some of their own chain reaction pictures.