Milpitas, Calif., November 17, 2015… Few things are more human than pondering where we came from and why. A closer examination of that question is coming to the Milpitas Library from November 25 to December 22, as the library hosts the Smithsonian Institution’s traveling exhibit, Exploring Human Origins: What Does It Mean to Be Human? One of only 19 libraries in the nation to host this rare exhibit, the Milpitas Library is also the only site in the state where Californians can get a glimpse into the evolutionary journey of becoming human.

“It’s an enormous honor for the Milpitas Library to be singled out as one of the hosts for this incredible and exciting exhibit,” says Nancy Howe, Santa Clara County’s Librarian. “The combination of learning, exploration and introspection are a perfect fit for our mission as a library system working to deliver just those attributes to our guests.”

With more than 40 education panels, interactive kiosks, hands-on displays, videos, 3-D skull casts and presentations representing groundbreaking research in the scientific study of human origins, the month-long exhibit is a remarkable treasure trove into the human experience. Free to the public, the 1,200-square-foot exhibit highlights key milestones in the journey of human evolution and explains how they developed over time, including walking upright, the earliest known technologies, brain enlargement, symbolic language development, the origin of agriculture and the creation of complex societies.

“The City of Milpitas becomes the state’s focal point for addressing human origins for a full month,” explains Milpitas Mayor Jose Esteves. “The incredible Smithsonian Exhibit is just a launching pad for the type of intellectual discussions and thinking that characterizes our community.”

To complement the exhibit, a full schedule of special speaking and interactive events are being hosted, further delving into the issues and mysteries around the human experience. Public programs include essay contests, poetry workshops, topical discussions, and community conversations with the general public, educators and clergy to facilitate discussions important to the groups.  To learn more about the speakers and specific programs, click here.

The free exhibit, curated by the Smithsonian Institution, was developed in partnership with the American Library Association and was made possible by a grant from the John Templeton Foundation and support from the Peter Buck Human Origins Fund (Smithsonian).  One of only 19 libraries in the nation chosen to host this exhibit, the library is located at 160 N. Main Street in Milpitas. For a complete listing of hours and related events, visit www.sccl.org/milpitas. 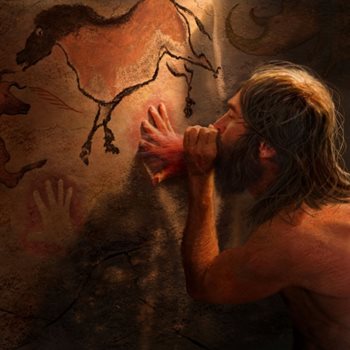 PHOTO CAPTION: Northern Californians can get a rare glimpse into their ancestral past as part of the Smithsonian Institution’s traveling exhibit, “Exploring Human Origins: What Does It Mean to Be Human.” Running from November 25 through December 22 at the Milpitas Library (160 N. Main Street, Milpitas), the free exhibit includes interactive kiosks and hands-on displays.

EDITOR’S NOTE: A high resolution copy of this image, which is included as part of the exhibit, can be downloaded for calendar and editorial purposes at www.sccl.org/milpitas

About the Santa Clara County Library District
The Santa Clara County Library District (SCCLD) promotes knowledge, ideas, and cultural enrichment. Its collection includes more than 1.9 million books, videos, CDs, DVDs, audiobooks, eBooks and extensive online resources accessible from home or work. In 2014, SCCLD celebrated one hundred years of service to local residents. For the last several years, SCCLD has been consistently recognized as one of America’s Star Libraries by Library Journal. In 2014, SCCLD was ranked among the top ten large libraries in the United States in the Library Journal Index of Public Library Service. In 2014 and 2015, SCCLD won Innovator Awards from the Urban Libraries Council.