Throughout November, discover the rich history, ceremonies, and storytelling traditions of Indigenous peoples of North America as part of National Native American Heritage Month.  Celebrate and recognize the accomplishments of the people who are the original inhabitants, explorers, and settlers of the land now called the United States.

What are some ways to celebrate National Native American Heritage Month? 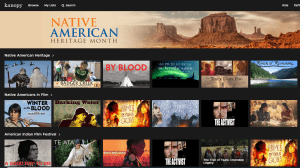 This book list features fiction titles by and/or about Native American, American Indian, Indigenous, and First Nations authors and characters.

Explore these picture books and non-fiction books to learn more about Native American history and traditions.