SANTA CLARA COUNTY, CALIF. – County Librarian and Executive Director of the Santa Clara County Library District (SCCLD) Nancy Howe is retiring on Friday, March 27. Howe, who has served as County Librarian since 2012, will be leaving the Library District in an excellent economic and structural position, with a recent ranking by the Library Journal as the #7 library system in the country with expenditures of over $30 million, as well as numerous service awards.

“I am proud and grateful to have been a part of nearly one quarter of the Library District’s journey alongside our wonderful staff, supporters, and volunteers,” said Howe. “Together, we have made great strides in eliminating barriers for every resident and patron of the County of Santa Clara, especially our children and vulnerable populations.” 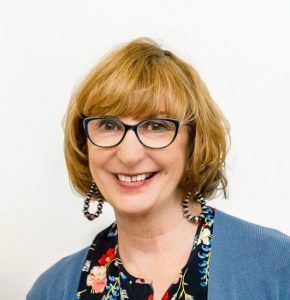 Howe began her career with the Santa Clara County Library, as it was known then, in 1995 as a substitute librarian.  Prior to becoming County Librarian, she worked at each of the District’s seven community libraries and received seven promotions.

Under her leadership, SCCLD has removed all fees to use the library or open an account; expanded hours at each library and added service 7 days per week at every library, initiated passport services at three libraries, and overseen the renewal of a 20-year special tax measure ensuring this source of SCCLD funding through 2033.

During Howe’s tenure as County Librarian, SCCLD was named a Library Journal Star Library for the past 12 years. In the recently released 2019 rankings, SCCLD was listed as the seventh best public library system in the country with expenditures over $30 million. Howe herself was recognized in 2018 with the Zoia Horn Award for Intellectual Freedom from the California Library Association for her advocacy around patron privacy.

“Nancy’s departure is a great loss to the residents of Santa Clara County, who have benefited from her visionary leadership,” said Mike Wasserman, County Supervisor and President of the Library Joint Powers Authority Board. “We wish Nancy and her family all the best in retirement and thank her profusely for all she’s done!”

SCCLD recently launched a new website (sccld.org) to better engage with patrons online. Recent reports about increased use among millennials and members of Gen Z suggest that the future of libraries is brighter than some skeptics anticipated. Howe has done a great deal to ensure that future generations will be able to indulge their love of learning at local libraries, both in person and using their electronic devices.

This year marks Howe’s last time co-chairing Silicon Valley Reads. Perhaps it is fitting then that the theme is Women Making it Happen. For a quarter century, Howe has been making great things happen at SCCLD’s libraries. She leads a tremendous legacy upon which others can build, one based on openness, willingly taking on hard challenges, and a love for reading and lifelong learning.