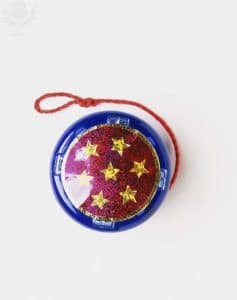 Yo-yo is a small toy that has become popular throughout the world. The yo-yo consists of two round, flat pieces of wood or plastic joined at the center by a small peg. A string is attached to the peg and winds around it. The player ties the free end of the string to one finger. The yo-yo spins in and out of the hand as the string winds and unwinds. Players can perform many tricks with the yo-yo, and international competitions and festivals have been held.

The yo-yo dates back to at least 500 B.C. It eventually became popular in the Philippines. Yo-yo is a Filipino word meaning come back. Pedro Flores, an immigrant from the Philippines, introduced the yo-yo in the United States in the early 1920’s and established the first American yo-yo factory in 1928. Donald F. Duncan, an American businessman, purchased Flores’s company and the rights to the name yo-yo in 1930.

National Yo-yo Day is June 6th. Check out these books and DVD that will teach you how to yo-yo: