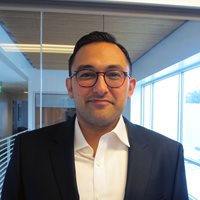 SANTA CLARA COUNTY, CALIF.  Following a nationwide search that began in December 2014, the Santa Clara County Library District (SCCLD) is pleased to announce the appointment of Chris M. Brown as its new Deputy County Librarian, Community Library Development.   Brown has worked in numerous libraries throughout Northern California over the past seven years and most recently served in the position of Senior Community Library Manager at the Contra Costa County Library, a 26 community library system with over 455,000 library cardholders.

Among his many accomplishments, Brown received special recognition for the development and implementation of the successful War Ink project, a virtual exhibit and forum using veteran memorial tattoos as a springboard for California veterans to reconnect with their communities.  Promoted through a partnership between Contra Costa County Library and a collective of California's major library systems including SCCLD, War Ink received national attention for its online exhibit and forum that not only honored U.S veterans but also allowed these vets to share stories and experiences with local communities.  The War Ink project was recently awarded the American Library Association’s (ALA) prestigious 2015 John Cotton Dana Award for Excellence in Public Relations.  While a librarian at the Concord Library, Brown was instrumental in launching the extremely popular Discover & Go museum pass program.  A free program now offered by a variety of California Libraries, Discover & Go earned the 2012 National Medal for Museum and Library Service, the nation’s highest honor recognizing exceptional contributions of museums and libraries. The museum pass program offers library cardholders the ability to reserve free and low-cost admission passes to world-class museums, theatres, aquariums, zoos and science centers throughout the greater Bay Area.  The program has generated more than half a million museum visits for Bay Area museums and popular destinations since 2011.

“We are very pleased to welcome Chris to SCCLD and the Santa Clara County community,” stated Nancy Howe, County Librarian for SCCLD.   “As our new Deputy County Librarian in charge of Community Library Development, Chris will work closely with our staff to develop and implement, evaluate and improve library service to both staff and the communities they serve.  Generating a customer satisfaction survey will be among his initial projects as he continues to develop and improve community library services.  He brings with him creative and innovative ideas and a reputation for implementing these ideas into engaging and popular programs, creating learning opportunities for all our community members.  We are excited for the future and feel confident Chris will continue SCCLD’s commitment to providing quality services while fostering life-long learning for all our library patrons,” continued Howe.

In 2014, SCCLD celebrated one hundred years of service to local residents. For the last several years, SCCLD has been consistently recognized as one of America’s Star Libraries by Library Journal. In 2014, SCCLD was ranked among the top ten large libraries in the United States in the Library Journal Index of Public Library Service. In 2014, SCCLD won a Top Innovator Award from the Urban Libraries Council for its innovative program to revive episodic fiction.