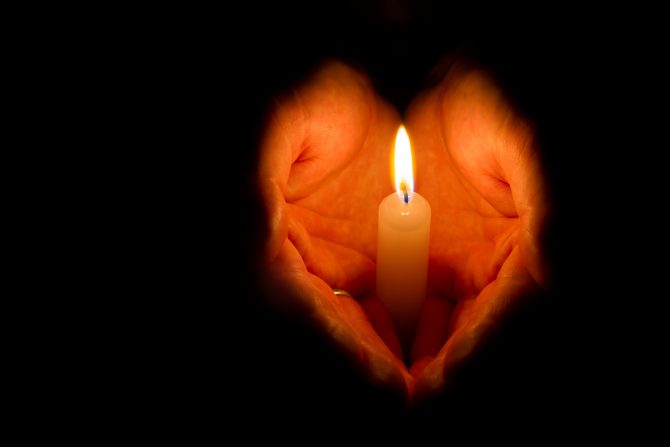 On January 1, 1997, the world lost a great musician, poet, and songwriter, and one of my all-time favorites - Townes Van Zandt. Born March 7, 1944, in Fort Worth, Texas, Van Zandt began his musical journey at the age of 12 when he was given a guitar from his father. Watching Elvis Presley perform on the Ed Sullivan Show inspired Van Zandt to pursue a career as a musician. Van Zandt wrote and performed songs that were acutely attuned to the myriad facets of the human condition and told tales of adventure, love, heartache, bewilderment, wonder, loss, and addiction. Van Zandt suffered from heroin and alcohol addiction for most of his adult life so to be able to inject those human feelings into his art while he himself suffered unimaginably makes his life and work remarkable. Although he released 10 studio albums over his career, Townes Van Zandt never enjoyed mainstream success and is regarded now as a "cult" artist. Another six albums have been posthumously released by his estate. Additionally, there are numerous live recordings of Van Zandt's performances. Despite never reaching popular success, Van Zandt is nonetheless cited as the inspiration for many, many musicians including Bob Dylan, Neil Young, The Avett Brothers, Emmylou Harris, Cowboy Junkies, Gillian Welch, Norah Jones, Garth Brooks, and Laura Marling.

My personal favorite Townes Van Zandt releases are his live recording Live at the Old Quarter, Houston, Texas and The Late Great Townes Van Zandt. There is also a fantastic tribute album called Poet as well as an excellent documentary of his life called Be Here to Love Me.

When Townes Van Zandt died of a heart attack at age 52 due to complications of alcohol addiction, he left behind a body of work that resonates to this day due to its timelessness in the way it approaches all that makes us human. Because Townes Van Zandt was a singular, unique talent and soul, the void he left in the music world will never be filled.

Toots Hibbert (1942 – 2020)
Toots Hibbert —legendary singer, songwriter, and leader of the one and only Toots and the Maytals— left this earth recently but leaves behind an everlasting impact on the musical world. The band’s 1968 song “Do the Reggay” supposedly gave the reggae genre its name, and their music speaks for itself. Celebrate the life and musical legacy of Toots with the following list of must-listen tracks.

Last year, at the beginning of the pandemic the world lost a sweet, funny and very important musician. John Prine died on April 7th, of complications caused by COVID-19. Mr. Prine was an extraordinary songwriter. Bob Dylan said of of writing "Prine's stuff is pure Proustian existentialism “
John Prine also wrote beautiful and touching songs such as I Remember Everything from his last album, The Tree of Forgiveness.

In 1974, George Harrison and Ravi Shankar came to Oakland, and I was able to get tickets and attend. At 14, this was my first concert and I adored it, though as a Harrison fan, I could have done without a long set by Ravi Shankar. George Harrison died from lung cancer at the young age of 58, on November 29, 2001. When a George Harrison song comes on the radio, I stop everything I'm doing, and enjoy a reflective moment remembering a great musician. If you’d like to remember Mr. Harrison as well, I recommend Martin Scorsese’s documentary George Harrison : Living in the Material World.

June 26th, 1976, Frost Amphitheater on the campus of Stanford the last concert of The Band. I was lucky enough to have been there. It was a hot day and The Band came out on an antique Fire Engine, showering us with water from the firehose. The Band was a gathering of extremely talented men. Levon Helm, had an amazing soulful voice, which carried with it a gravel country expression. The Band’s final concert was just a few months later on Thanksgiving 1976. Martin Scorsese filmed the concert, The Last Waltz, an amazing tribute to The Band and to the iconic musicians and singers that performed with them. Here is a tribute piece from CBS Sunday Morning.

Years ago a friend (in fact, the very same Anne that writes for this page) told me about a Mitch Hedberg bit about cavities before I went to the dentist. It is still fun to go back and listen to his routines. We have several available to check out.

Over the weekend, I watched a documentary about the neurologist Oliver Sacks and learned that despite being known for being funny, Robin Williams starred in the movie version of Sacks' first book, about finding a treatment for catatonic patients (Williams does look quite a bit like the doctor he is playing). If you've already seen Williams' more comedic stuff, it might be worth checking out Awakenings.

When I look back on all of the celebrities we lost to the pandemic, I keep returning to John Prine. John wrote songs that were heartfelt, funny, and at times blisteringly satiric. He sang in an American voice with a twangy drawl. He survived cancer surgeries to his neck and tongue and lost a lung to that terrible disease. Despite hardships, he kept singing and when Covid took him, he left us with songs like Angel From Mongomery, Paradise, Sam Stone, Illegal Smile, Souvenirs, In Spite of Ourselves and The Speed of the Sound of Loneliness. Check out his music, on CD and streaming on Freegal, and you will remember him too.

A few of these were always playing in my mom’s truck, others were playing in my car over the years. In honor of a few musicians songwriters we sadly lost in 2020:

“Our sweetest songs are those that tell of the saddest thought”... –Percy Bysshe Shelley

And some of the sweetest and saddest are in the classical repertoire:

Dido's Lament​, a hauntingly beautiful tribute to those we have lost to the worldwide pandemic in 2020, and to endangered species being lost to climate change. You can hear it on Freegal or cd.

Mercy​ ​by Max Richter
Sublime and stirring, available on Freegal and on cd by Hilary Hahn.

Bach's Cantata BWV82 Ich Habe Genug (It is Enough) has been a comfort to many in their time of loss. Here it is sung by luminous mezzo (and bay area local) Lorraine Hunt Lieberson, mourned the world over when she passed at the age of 52 from breast cancer. Available on cd or Freegal.

Fugue XIV from The Art of the Fugue, also by Bach, is notable for being unfinished. The last fugue in his last work was interrupted with his death and is performed as is - with a sudden stop in the middle of the phrase. Like sudden death, it is a shock. You can hear it on Freegal or cd.

Verdi's Requiem is a titanic work that requires so many musicians it's rarely performed. I heard it in Berkeley and it was truly incredible - the Dies Irae was terrifying!
Available on Medici.tv​, Freegal and cd. Among many others are requiems by Mozart, Berlioz, Brahms and Britten's War Requiem.

Life, pianist Igor Levit's 2018 highly personal album recorded after the death of a friend, traverses the stages of grief, from despair to solace.

​Barber's Adagio for Strings, often used in public moments of mourning and in films has been called the saddest music ever written. "Whenever the American dream suffers a catastrophic setback, Barber’s Adagio plays on the radio.”—Alex Ross, But that distinction could also belong to Gorecki's Symphony of Sorrowful Songs, Also streaming on Freegal.

​But let's end on a positive note with Songs of Comfort and Hope, Yo-Yo Ma and Kathryn Stott's album of 2020.

The mostly forgotten silent film director, Lois Weber has often been compared to her more lauded contemporary D.W. Griffith in her filmmaking innovation and popularity, at the time. Many of Weber's films concentrated on the social causes of the time and often featured women in leading roles.

Her 1913 film, Suspense is one of the first uses of split screen technology. A woman at home with her baby is seen calling her husband is in one part of the frame, her husband on the phone in another and the prowler breaking into her home in the third section all set the scene for an exciting story, innovatively told.

Weber's 1921 film, The Blot is often considered her masterpiece. It deals with a middle class family slipping into poverty and, like many of Weber's films is shot almost entirely on location.

Both of these films are available on Blu-ray and DVD as part of the Pioneers: First Women Filmmakers set. They are also streaming on Kanopy alongside a documentary series Women Make Film which discusses some of the ways Weber made her characters so alive and believable.

For various reasons, most of Weber's output has been lost to time, but we are fortunate in being able to explore some of the high points of her work over a century after it was created.

This Beatles tune was written in memory of Paul McCartney’s late mother.