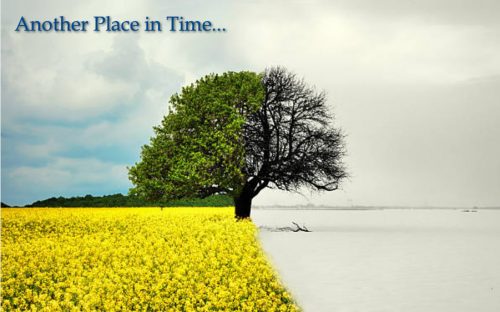 One of the reasons that we are able to "travel" to different places in different times is because people in the past had the foresight to document our social history before it disappeared under the push of progress and innovation. One of those people was Moses "Moe" Asch, founder of one of the first independent record companies and creator of Folkways Records. Over 2,000 recordings were released between 1949 and 1987, all of which were kept in print, regardless of demand. As he once said, "Just because the letter J is less popular than the letter S, you don't take it out of the dictionary."

In 1987 the Smithsonian took over this collection, with Asch's directive to keep all the recordings in print, while also continuing to add to the catalog. And Children's Music is among the different genres represented! You can stream songs and albums from this collection via the Alexander Street database or check out a few of the titles in our physical collection, such as Blue Clouds or You Are My Little Bird by Elizabeth Mitchell, Go Waggaloo by Sarah Lee Guthrie & Family, 123s and ABCs by Ella Jenkins, or the Smithsonian Folkways Children's Music Collection. From familiar tunes to unknown ditties, you'll find some great family favorites.

It doesn't get much better than traveling back in time with films based on Jane Austen’s novels. One of the lesser viewed works is PERSUASION, and is well worth watching. There is something very quiet and soothing about this one, a real comfort movie, a sort of Pride and Prejudice light.

I recently viewed an unusual independent film unlike anything I’ve ever seen. It takes place in times gone by in 1820’s Oregon Territory, but is a current film that is nominated for several awards this season. It’s a movie that is quiet and simple in its story, but is rich in the telling. I never imagined a film called FIRST COW about a quiet peaceful guy named Cookie would be such a memorable movie. Prepare yourself for an incredibly slow-paced film that will linger with you long after watching it.

The addictive OUTLANDER series based on Diana Gabaldon's novels will not only take you to a different time and place, but has the most interesting time travel element as well. Following the steamy story of Jamie and Claire will take you to the late 1700's and the mid 1900's. Their historic adventures start in Scotland and will traverse to many other places and times. It will captivate you all along the way.

It's about time I mention this lovely movie called ABOUT TIME.
There's time travel, a love story, and life lessons all wrapped up in this gift of a film.

When I learned the subject of this week's theme I immediately thought of The Twilight Zone series which ran on CBS for five seasons from 1959-1964. Created and hosted by Rod Serling, The Twilight Zone mesmerized audiences with its stories that always included themes of morality and were presented with a paranormal, science fiction, or horror edge.

An antiwar and racial equality activist, Rod Serling sought to weave in these themes and other themes of social justice into the story lines of The Twilight Zone. He felt his ideas might be considered controversial at the time and realized presenting them in a more veiled manner using fantastical settings and ideas would make his messages come across more easily and be more accepted. Many episodes of The Twilight Zone are iconic, such as "Time Enough at Last," "Eye of the Beholder," and "Nightmare at 20,000 Feet," but all are worth watching. Serling's prologues that introduce the characters and his epilogues that explain why they entered the "twilight zone" are definitely timeless.

Two fantastic period pieces that transport me to other times are Wolf Hall, to the Tudor era, and the Globe Theater's Twelfth Night to Elizabethan times.

Wolf Hall is the outstanding adaptation of two books by Hilary Mantel, Wolf Hall, and Bring Up the Bodies. Mark Rylance is mesmerizing as Thomas Cromwell, the blacksmith's son who rose to become Henry VIII's "fixer". Although told from his point of view, we see his moral degradation as he destroys those around him to do his master's bidding. Beautiful to watch, with candle-lit interiors and incredibly realistic, this mini-series won the 2016 Golden Globe. Henry VIII is played by Damian Lewis, a British actor you might recognize from Homeland.

Mark Rylance shines again, this time as a comic actor in the Globe Theater's hilarious production of Shakespear's Twelfth Night. An all-star cast of British comic actors perform as it was in the Bard's day with traditional instruments, Jacobean costume and female roles played by men. The renaissance music played before and after the performance adds to the historical realism.. It's as if you are in London circa 1600.

What is it about the baroque era in music that makes it so appealing today? In a way, it's timeless, but I think even more than that, it really suits the modern age.

Dido's Lament, the famous aria from Dido and Aeneas by Henry Purcell, speaks to us from 350 years ago, and couldn't be more heartbreaking in this time of pandemic and environmental crisis, especially in this haunting version by Annie Lennox. You can stream his music or check out cds and dvds.

In polls of people's favorite composer, Vivaldi comes out on top, even though his music is 300 years old. Here is an incredible rendition of Winter from The Four Seasons, by Voices of Music early music ensemble, which is based in Berkeley. You can stream I Solisti Veneti's verson on Medici.tv or check out a cd as well. The library has many other great Vivaldi cds, including the iconic Vivaldi Album by Cecilia Bartoli.

The early 1700s also gives us the Brandenburg Concertos, Cello Suites, Concerto for 2 Violins, Chaconne, and the Goldberg Variations, among the many offerings by Bach. You can discover the relevance of Bach today, in the documentary The Return is the Movement of Tao: Zhu Xiao-Mei and the Goldberg Variations, about the celebrated Chinese pianist's return to China after years of exile.

Other favorites of the era are Handel and Monteverdi.

I love a song that can transport me to another place in time. Whenever one of these songs comes on the radio I’m taken to the Frisco Bay, the fictional town of Mayberry or a carnival.

"Sittin' on the Dock of the Bay" by Otis Redding. The album, available on Freegal is Baladas Volumen One.

"Mayberry" by Rascal Flatts from the album Melt.

"Anything but Mine" by Kenny Chesney. Available on Freegal. The album is When the Sun Goes Down.

The world awaits you at your library. By visiting Alexander Street : Global Sound for Libraries, you have the chance to experience music from around the world. Below you will find music from Africa.

Por Por : Honk Horn Music of Ghana
A world premier: squeeze-bulb honk horns join bells, drums, and voices to sound the world of union drivers and their vehicles on the 50th anniversary of Ghana's independence. Recorded by Steven Feld.

Madagascar : Spirit Music from the Tamatave Region
The Malagasy place great belief in ancestral power, evoking the spirits of ancient royalty, tromba, through possession ceremonies. These spirits are summoned to help solve problems, heal illness, and create a devotional base for a world often fractured by foreign intrusion and poverty.

The First Leipzig Autumn Salon will take you back in time to East Germany in the early 80's as several artists struggle to organize an art exhibit to challenge what was allowed at the time. The Painter Came From a Foreign Land follows the same filmmaker as he travels to West Germany a few years later, and Brothers and Sisters contrasts the two locations a couple of decades earlier. All of these films are available on Kanopy.

On a different note, Emma: A Victorian Romance tells the tale of an English maid in the 1800's. A not very realistic depiction of romance back then, but a joy to watch anyway. The manga was gorgeously drawn and the anime is just as lovely to look at.

Finally, take a trip to China before the 2008 Olympics in Beijing Taxi, and follow several drivers as they navigate a changing landscape and their own lives. Released around the same time, Manufactured Landscapes (streaming on Kanopy or on DVD/Blu-ray Blu-ray ) and Made in China are fascinating and sad looks into how globalization and manufacturing have transformed China.

The concepts behind time travel can get quite complicated. If you are like me and want to keep it more simple and lighthearted, here are two films about time travel that won’t go over your head.

Peggy Sue Got Married
With her marriage to Charlie in shambles, Peggy Sue faints at her 25-year high school reunion only to wake up back in 1960 with the chance to avoid making the same mistakes again. The quirky 1986 film was directed by Francis Ford Coppola and the soundtrack really captures the essence of that era with tunes by Buddy Holly and Dion & The Belmonts.

Some of my favorite albums from different places and times.

2000s USA, The Mars Volta. Psychedelic rock with elements of salsa and jazz.
De-loused in the Comatorium
Frances the Mute
Amputechture

Peter Jackson’s They Shall Not Grow Old is a remarkable documentary guaranteed to immerse you in the life of World War One soldiers. The film is built on original battlefield movie camerawork preserved by the Imperial War Museum in Great Britain. Using state of the art technology Jackson colorized and corrected the frames per second ratio of the source film to erase the barriers of black and white flittering images with jerky motion. The result: these are real people doing terribly difficult work in horrifying conditions, facing fear and tedium.

If that experience leaves you craving uplift, check out DVDs of the early Charlie Chaplin Essanay Studio comedies. Essanay was a Chicago based studio that also had a film production lot in the Niles Canyon area of Fremont in the east bay. The Chaplin films were made between 1915 and 1918 and are black and white and silent (with musical accompaniment added). Though it is closed now during the pandemic, the historic Edison Theater in Niles is home to the Niles Film Museum and is well worth visiting when they reopen. In the meantime they are producing occasional virtual programs showing silent films.

Back in another time, 1937, Richard Rogers and Lorenz Hart wrote the song, "Where or When," for the Broadway show, Babes in Arms, which was made into a film two years later starring Mickey Rooney (Oscar nominated for Best Actor) and Judy Garland.

The song has become a standard and has been covered many, many times. My personal favorite is Ella Fitzgerald's version on her ravishing Rodgers and Hart Songbook album, volume 1.

Another great interpretation of this song, available to download or stream on Freegal, is Benny Goodman's sublime instrumental version from The Legendary Small Groups album.

Fitzgerald also covered the time themed, "I Didn't Know What Time It Was," on the second part of her Rodgers and Hart Songbook.

The mythic Shangri-La from Frank Capra's film Lost Horizon, is a place that seems to exist outside of time in this classic adaptation of James Hilton's bestselling novel. Capra's film was nominated for Best Picture and won Academy Awards for its anachronistic Production Design and Film Editing. The 1937 film should not be confused with the 1973 musical remake which, despite being a guilty pleasure of mine, also inspired Bette Midler to famously call it, "Lost Her-Reason" and to quip, "I never miss a Liv Ullmann musical."

Which comedic film features a phone booth as the vehicle for time travel?