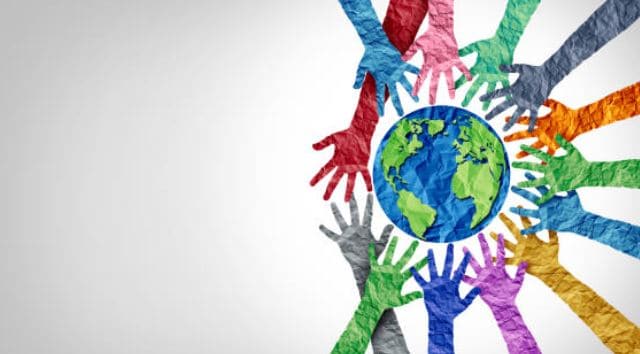 If you're in the mood for a lovely but dangerous cinematic adventure, these French films will take you away.

With the alluring location of the French Riviera and its charismatic stars Alain Delon and Romy Schneider, 1969's La Piscine has become the hit of the New York revival movie scene in 2021. With tensions building to murder, in the most chic and glamorous way, it feels like the right summer get-away for right now.

Something about Delon, he often seemed to be involved with murder in beautiful locations. He was the first film incarnation of Patricia Highsmith's Tom Ripley, in the gorgeous Purple Noon. Also available streaming on Kanopy. He is sleekly dangerous in Jean-Pierre Melville's Le Samourai (streaming) and as the unreformed gangster in Le Cercle Rouge.

If all of this puts you in the mood for some gloriously cool sixties French tunes, check out the work La Piscine's composer, the legendary, three-time Academy Award winner, Michel LeGrand. His Music for Lovers, streaming on Freegal, should set the right tone.

Almodovar's The Skin I Live In is one of my favorite Spanish films. It is so creepy, so shocking! Find out what Antonio Bandera's character, plastic surgeon Dr. Robert Ledgard does to the guy that assaults his daughter.

“Beware of the Boyz (Mundian to Bach Ke)” by Panjabi MC
This electric Bhangra style track blends the traditional folk music of the Punjab region of India with western hip-hop music. The Beware album also includes a remix of the original song featuring Jay-Z.

“Love Scenario” by Ikon
I’ve actually been asked not to play this perhaps too catchy K-pop song at home anymore. It is definitely one of those tunes that gets stuck in your head upon first listen. I’ve been hooked before but can’t say I mind. For more from the Korean idol group, check out their album Return on CD.

I listen to a lot of vocal music in other languages. Some of my favorite genres are:

Carnatic music of Southern India - M.S. Subbulakshmi is one of the very best singers of this classical music.

Hindustani music of North India - I especially like the Dagar brothers, who sing in this ancient and rigorous classical style.

I like popular Indian and Bollywood music too - you can hear a great example in the soundtrack of Slumdog Millionaire, by esteemed composer A.R. Rahman, especially that catchy song Jai Ho.

I love the music of West Java (Sunda): gentle gamelan degung with singers Euis Komariah and Ida Idawati, and classical songs with zither and flute or voice (kecapi-suling)

Freegal streams a favorite album, Tonggeret of the popular jaipong style in Sunda.

Klezmer, Yiddish music of the old world - a music that would no longer exist, except for many young people that have revived it and formed klezmer bands. One of the best is Kapelye.

My favorite composer, Kurt Weill, had his German period, when he wrote the Moritat (Mack the Knife) for the Threepenny Opera, and The Alabama Song (sung in English even though it is a German opera) for The Rise and Fall of the City of Mahagonny. Forced to leave Germany, he landed in Paris, where he composed the gorgeous tango Youkali, with French lyrics. He went on to write with American lyricists when he came to the U.S, such standards as Lost in the Stars and Speak Low.

Some favorite movies are:

Birds of Passage (Spanish and Wayuu)

Minari seems to be the feel good movie of 2021. I've been seeing it fill holds at the library for months. It seems like everyone must have seen it by now, but if you haven't run across it yet, it tells the story of a Korean family who buy a farm in 1980's Arkansas in search of the American dream. Its story is told with a sense of humor and hopefulness that feels just right right now.

Finally, some more fantastic Korean films that skew more horrific include 2019’s Parasite and Mother. Both are enjoyable but so suspenseful I haven’t rewatched them in years. I definitely recommend checking them out for the first time if you haven’t already.

Movies with subtitles, YAY! There are so many gems, I hardly know where to begin with movies in languages other than English. Here are a few in various languages that I found memorable and enjoyable:

A smattering of horror films in languages other than English...

The boy band Menudo originated in this Spanish-speaking country.

Last Week's Trivia Answer: The Untouchables, not The Audition