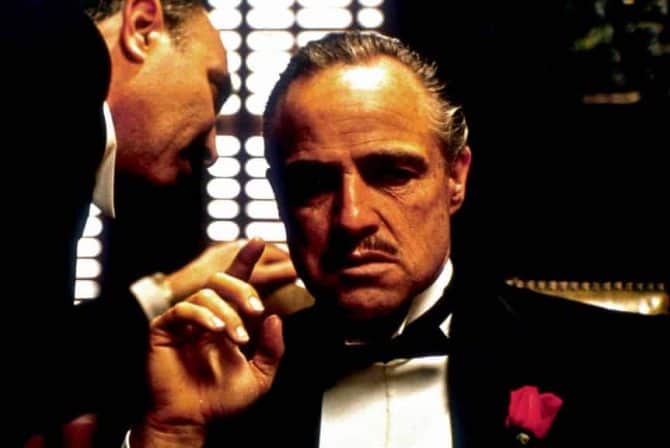 "Take the gun, leave the cannoli."

50 years ago, these iconic lines made their way into the national consciousness with the premiere of The Godfather in March 1972. Gangster movies were nothing new, but this film depicted them as more than a caricature; The Godfather focused on their emotional and psychological complexity. It was also possibly the first time a "gangster" movie had been done so artfully. Each scene is set up like a painting, with light and darkness used to set a mood or evoke a feeling. Based on the bestselling novel by Mario Puzo, directed and co-written (with Puzo) by the now-legendary Francis Ford Coppola, and starring the likes of Marlon Brando, Al Pacino, Diane Keaton, Robert Duvall, and James Caan, it's little wonder it's considered one of the greatest and most influential films of all time. Without it, I doubt we would have had films like Goodfellas and Casino or shows like The Sopranos. On the other hand, many Italian-Americans felt it perpetuated negative stereotypes that continue today due to its influence on popular culture.

If you're interested in watching it for the first time or the fiftieth time, reading the novel, or learning more about the Mafia, the library has you covered: