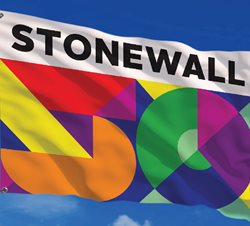 June 28th, 2019 marks the 50th anniversary of the Stonewall Riots. The Stonewall Riots started in reaction to a raid by the New York City Police Department of the Stonewall Inn, a gay club in Greenwich Village. According to History.com, “[the] raid sparked a riot among bar patrons and neighborhood residents as police roughly hauled employees and patrons out of the bar, leading to six days of protests and violent clashes with law enforcement…”. Because of this, the Stonewall Inn became the birthplace of the modern Gay Rights movement. The anniversary will be marked at Pride celebrations around the country throughout Pride month in June including the Boston Marathon.

Here is a selection of materials about the Stonewall Riots and the beginning of the LGBTQ rights movement:

Art and Sex in Greenwich Village

This Day in June

And check out these LGBTQ programs at SCCLD: