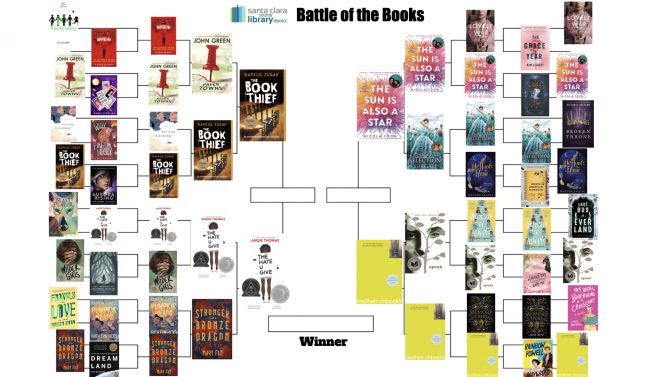 Voting begins for Round 4 of the 2020 Teen Book Battle

The Book Thief, The Hate U Give, The Sun is Also a Star and The Perks of Being a Wallflower have all survived three intense rounds of voting for the privilege of competing for a spot in the final. Which one of these terrific novels is your favorite? You can support your favorite book AND get a chance at having your name drawn for a prize, all you have to do is vote.

Cast your vote for your favorite books in Round 4.

Here is the schedule for the final weeks of voting:

Final Round of voting on July 27 and the winning book announced on August 3.

Round 4 match against The Hate U Give. Round 3 win against Paper Towns. Round two win against Are You Listening?. Round one win against Aurora Rising.