Have you filled out your Census yet? By now, households should have received their official Census Bureau mail, which includes instructions on how to fill out the Census online or by phone along with a code identifying your household. Despite the current urgency of the unprecedented health crises faced by our nation, we must not forget the importance of what comes after. The census data collected every decade is used to determine how the billions of dollars in federal funding is allocated to our communities each year. Data points on populations help determine where public services need to be provided, including schools, hospitals, emergency services, the construction of roads, and so much more. Businesses use the data collected to determine where they should open physical stores based on where their target customers live. The location of new real estate construction is often decided by population density according to the numbers reported. For those of you curious to learn more about how census numbers are used, visit: https://www.census.gov/programs-surveys/economic-census/guidance/data-uses.html

California is one of the largest states in our country, and we have the largest population. An accurate count of all individuals will go a long way towards ensuring our communities have enough funding and support to keep us healthy, happy, and safe. Given the switch to online filing of the Census, real-time data is available to see how we are doing as a country. https://2020census.gov/en/response-rates.html. Based on the numbers provided by the Census Bureau as of 4/25/20, 53.2% of the nation has self-responded. California is doing a little bit better at 54.6%, and Santa Clara County is even farther along at 63.4%! But we could be doing better, and we need to be doing better. In 2010 Santa Clara County was considered the 9th hardest to count county in the country. Undercounting will lead to reduced resources, which will negatively impact our community for the next ten years. That means a smaller slice of the hundreds of billions of dollars in federal funding annually allocated to more than 100 programs, including Medicaid, Head Start, block grants for community mental health services, and the Supplemental Nutrition Assistance Program, to name a few. 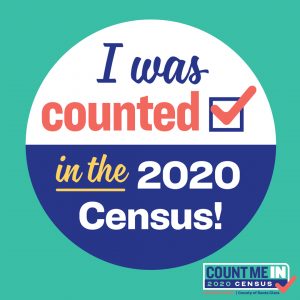 Our congressional seats in the House of Representatives are determined by the number of people living in each district, which will be decided by the census data collected this year. With estimates in recent shifts in populations, California is believed to be at risk of losing a congressional seat for the first time in history if an undercount occurs. It is more important than ever that we get an accurate count so that we are better prepared to handle the unexpected bumps in the future. Fill out your Census if you have not already, remind your friends and families (via safe socially distant methods!) and help make sure everyone gets counted!